Our friends at Bubbles Film GmbH and director Frank Nesemann approached mindconsole Berlin for input for this upcoming campaign film commissioned by the ZDF for the relaunch of the "ZDFheute App".

The creative agency KNSK provided a rough outline and keyvisuals that we refined in a vivid process until the story and the visuals were clear and the client was convinced of the idea. Our rough previs animation helped to communicate the visual ideas in a clear and easy understandable way for everyone involved.

"ZDFheute journal" anchorwoman Marietta Slomka performed in the ZDF studios on greenscreen in Mainz within a tight timeframe during her everyday tasks in her typical professional manner.

This campaignfilm poses as key element of ZDFs marketing plan for the "ZDFheute app" relaunch. 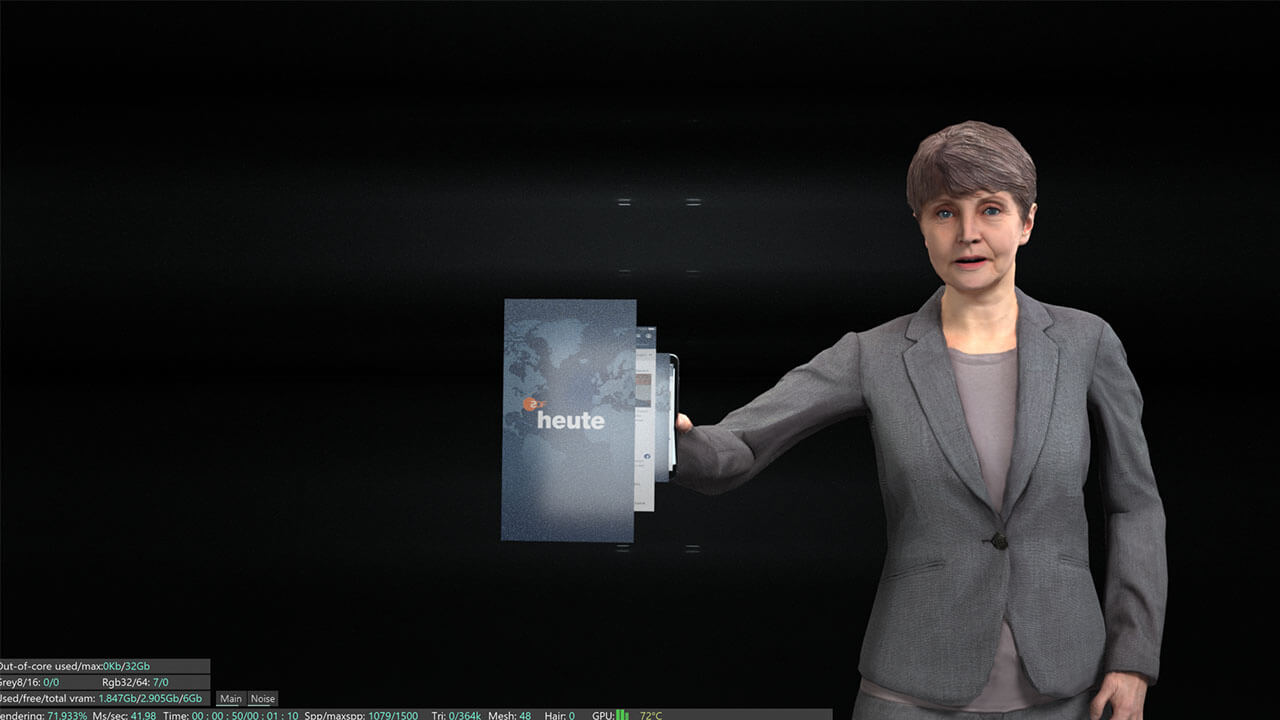