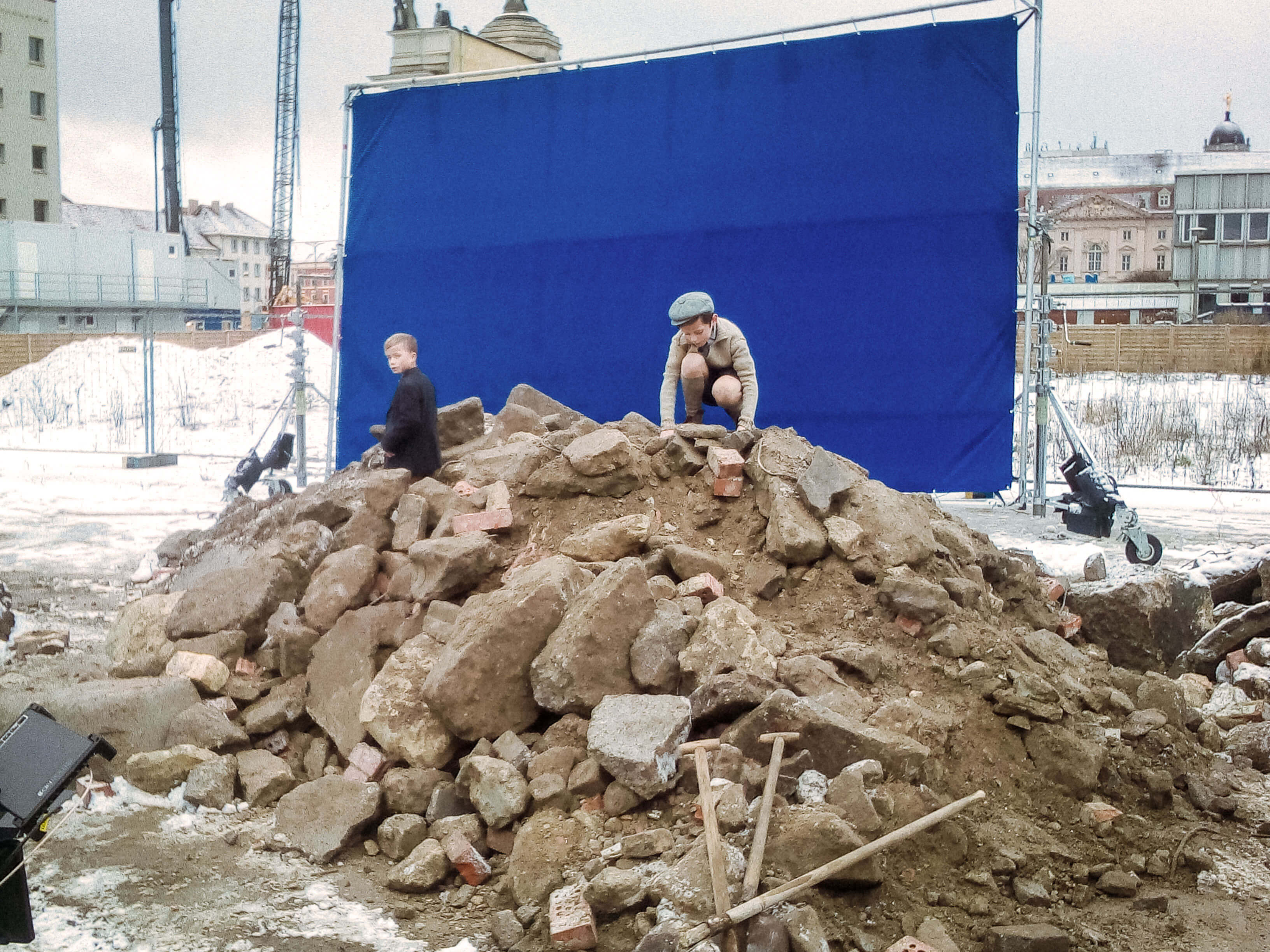 This project in cooperation with Bubbles and Frank Nesemann was an exciting challenge as the focus was on recreating sceneries from about 80 years ago with the output of a short trailer running on national TV Station ZDF.

The foundation Garnisonkirche Potsdam promotes the recreation of the original church that was partially destroyed during WWII and finally torn down in 1968 by the SED leadership of the GDR. Only remnants of the church were secured and are now being exhibited in Potsdam near the original site. A short Trailer running on ZDF should promote the project and motivate
to contribute to the cause. Watch the full clip here.

The script provided by Bubbles Film GmbH envisioned some historical footage mixed with a re-enactment of some moments after the destruction in 1945 and later in 1968 as well as shots of the contemporary exhibition of some remains of the architecture.

The tricky parts of this project where the recreation of the scenes that should take place in 1945 and 1968. Since everything is long gone, the postproduction had to bring the actors back into that timeframes. This process involved a large bluescreen and some nifty set-extension-techniques. 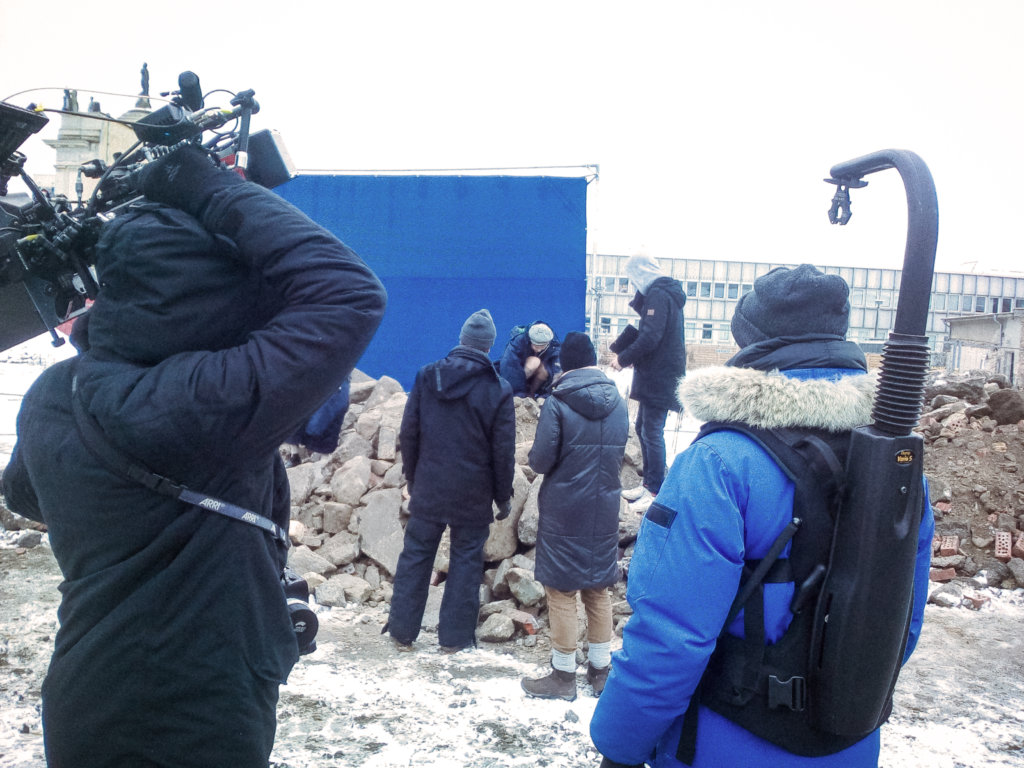 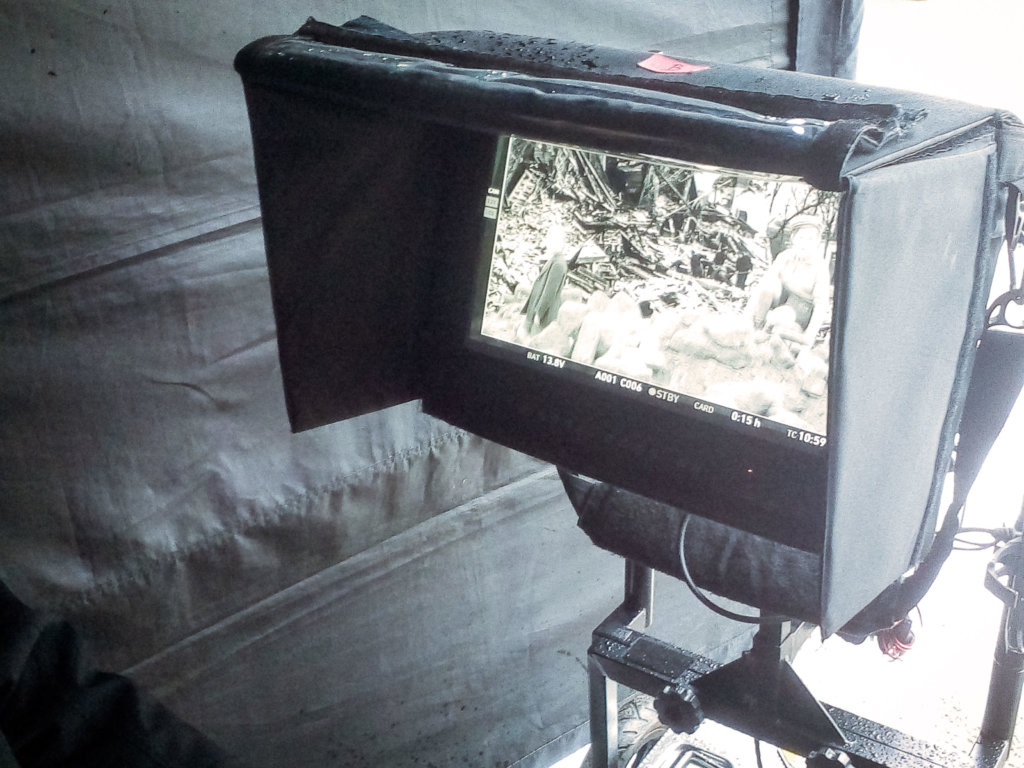 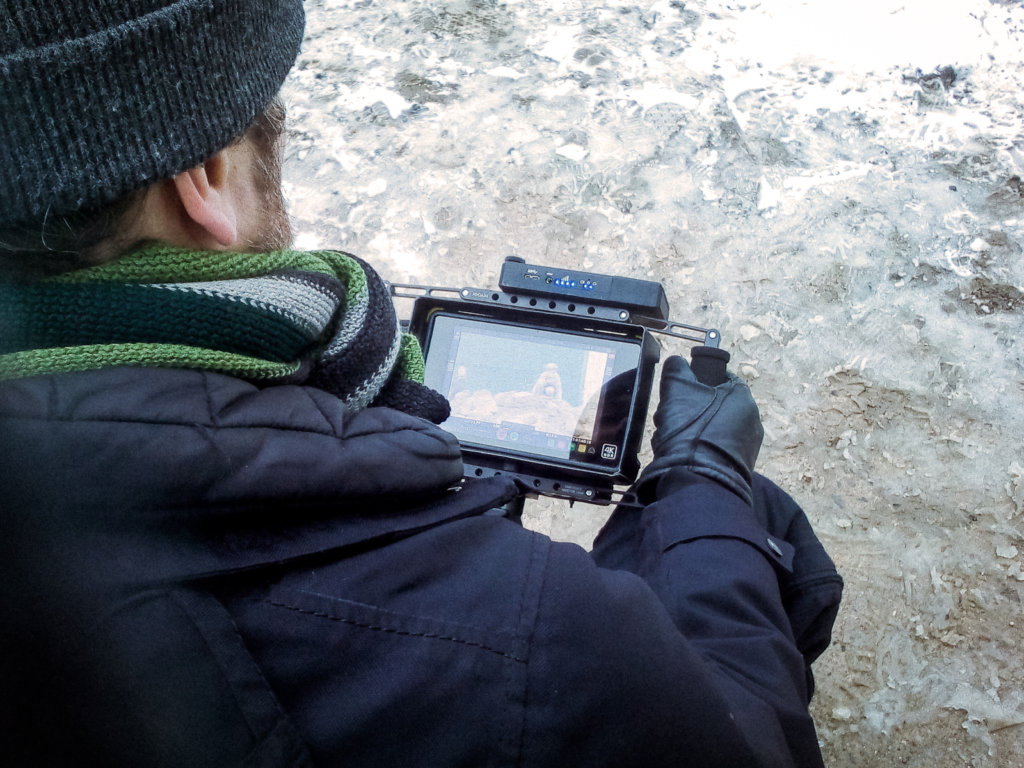 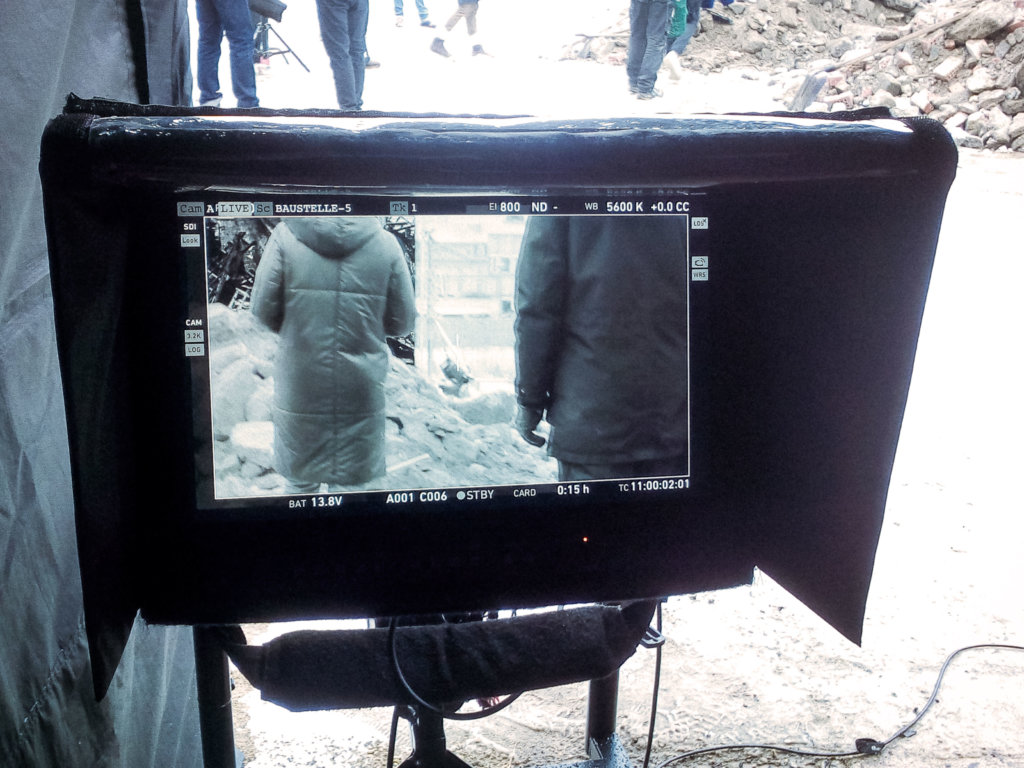 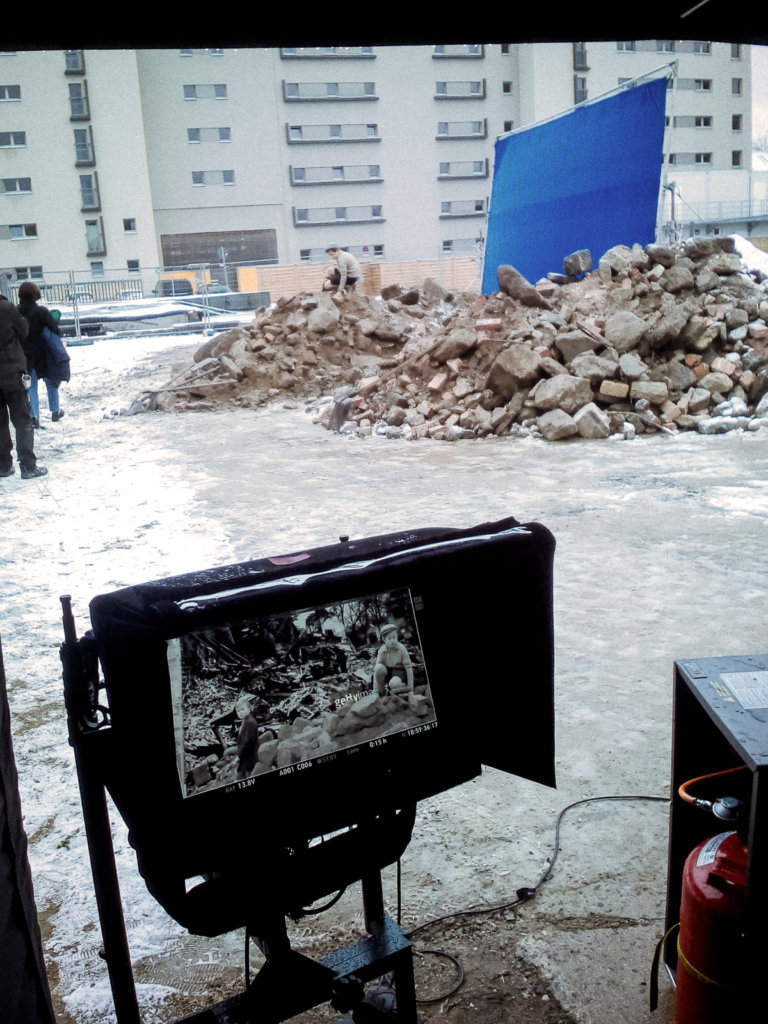 The background in the final product consisted of composited archive stills of that period, along with some small details to sell the illusion.

It was quite some fun to make the footage of a current ARRI Alexa look like coming from 1960`s piece of equipment. An original truck of the era, placed on the set, really helped to set the scene.